About the mobility of the teaching staff.

For the first time, in 2015, KazAST began training PhD doctors in foreign universities. 14 teachers of KazAST study in doctoral studies at universities of Bulgaria and China.

For the first time in the framework of academic mobility on the program Erasmus + Andrushchishin I.F., professor, head of  the department of Theoretical basis of physical education and sport was invited to the Lithuanian Sports University to give lectures in December 2016.

In the framework of the “Invited Professor” program, the dean of the faculty of Olympic sports, associate professor Lesbekova R.B. was invited to give lectures to students of the Faculty of Physical Education of the Yanka Kupala State University of Grodno December 2016.

As part of academic mobility under the Erasmus + November 2016 program, Professor of the Lithuanian Sports University, Honored Coach of Lithuania Antanas Skarbalius was invited to give lectures to students at KazAST.

Tatyana Yancheva, Science Vice-Rector and International office, Doctor of Psychology, Professor at the National Sports Academy named after “Vasil Levski” was invited to give lectures for faculty members, undergraduates and doctoral students of the Academy since November 23 to November 27, 2016, within the framework of external academic mobility of teaching staff.

In addition, the Department of International office organized seminar for students, coaches and teachers with delegation from France, in particular, with the Training Center (Paris) on the theme “Educational system in France. Experience exchange”.

Also, by the department support of KazAST organized the International Scientific and Practical Conference on the topic “European standards of fitness, physical activity and healthy lifestyle”, in May 2017, at the initiative of the Lithuanian Sports University.

A meeting was held between KazAST leadership and the delegation of the University of Economics, which is located in the city of Bydgoszcz (Poland) on April 6, 2017.

Aim of the meeting:

– Official signing of an agreement on the Erasmus project;

– Inclusion of KazAST in international projects of the University of Economics, including internships for teachers and students, certification;

Andrushchishin I.F. and Dyusupova R.A. were invited to the National Sports Academy to participate in the Scientific Congress dedicated to the 75th anniversary of the Academy.

In March 2018, Imangulova T.V. and Dyusupova R.A. were invited by the Lithuanian Sports University under the Erasmus program to give a course on tourism.

In June, Satybaldina A.E. and Zakiryanov B.K. were invited to the Lithuanian Sports University to discuss further collaboration between universities.

As part of academic mobility under the Erasmus + program in May 2018, professor from the Lithuanian Sports University, Biruta Švagžiienė, and Associate Professor Rita Gruodite-Raciene, specializing in Physical Education and Sport, was invited to give lectures in the specialty Tourism.

The scientists and professors were invited to the Kazakh Academy of Sports and Tourism as part of the external academic mobility:

The list of KazAST teachers who study at the doctoral program and defended a thesis at the National Sports Academy named after V. Levski (Bulgaria): 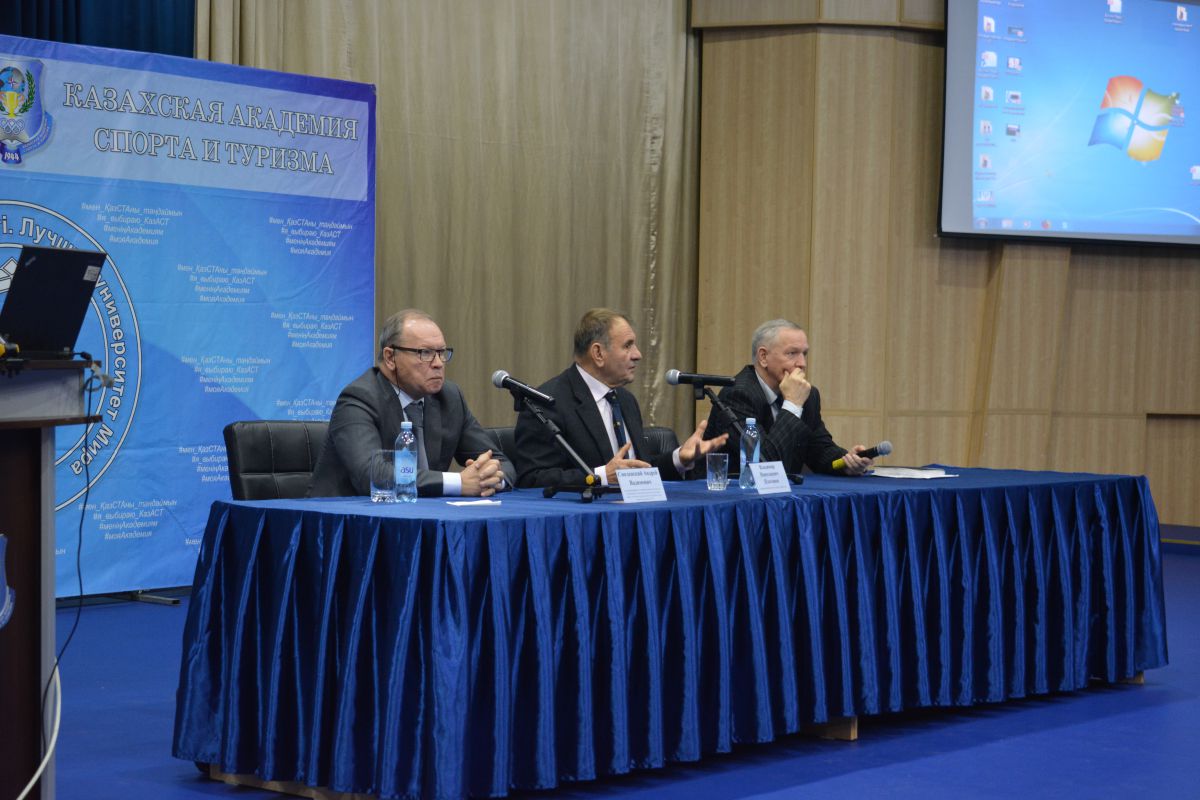