The open championship of KazAST was held from February 6 to 8, 2019 dedicated to the 75th anniversary of the Kazakh Academy of Sport and Tourism and in support of the Year of Youth.

The main secretary was Barayev Khamit Aubakirovich, who is a judge of the international level of AIBA. The competition was attended by 9 teams, 52 students and 43 competitions were held. Participating teams: Republican College of Sports, AUPС – Iliysky district, Shelek College, Almaty Automotive College, Gepard BC, Republican Olympic Reserve, Shanyrak Sports College and KazAST students.

The KazAST won first place on the team account. The title of “the best boxer” was awarded to the 2nd year student of our Academy Sharipkhanov Zharas and the boxer of the specialized college Shanyrak Erubek Askar.

Competitions were held at the highest level, according to the rules of AIBA.

The title of “Best Judge” has been assigned to the teacher of the boxing and weightlifting department, Kasymkhanov Berikbol.

The guests of the competition were: USSR boxing master Murat Sikhymbaev, a graduate of our Academy, twice silver medalist Kuramysov Bekbolat, master of sports of the USSR, honored sports judge of the USSR, AIBA judge Boris Semenov. Winners and prize-winners were awarded with medals and diplomas. 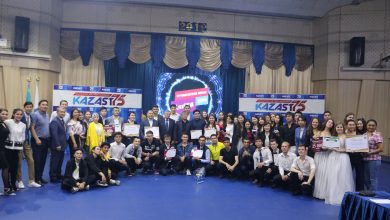 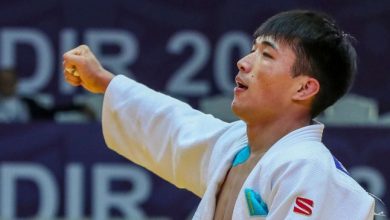