The Academy has a department for youth affairs, which is an academic management body in the sphere of implementing state youth policy, and takes an active part in all activities of the Academy. The leaders of student self-government are members of the Academic Council of the Academy, the administration, various temporary and permanent commissions, taking part in the decision of the vital issues of the Academy.

The leadership of the university created all the necessary conditions for the development of creative abilities, self-realization of the individual, as well as mass participation in artistic creation, sports, sections, clubs of various directions, allocating all necessary financial means for this.

There are five sectors in the structure of KazAST:

– The cultural and mass sector organizes student events, contributes to the independent work of students.

– The creative sector is engaged in advertising, PR – actions, production of video clips, photographs, development and implementation of student projects and initiatives.

The Academy successfully operates such clubs as:

Debate club “Bolashak”, the main task of the debating club is to teach students the oratory, as well as the development of logic, organizational skills, critical thinking, charisma, leadership abilities. 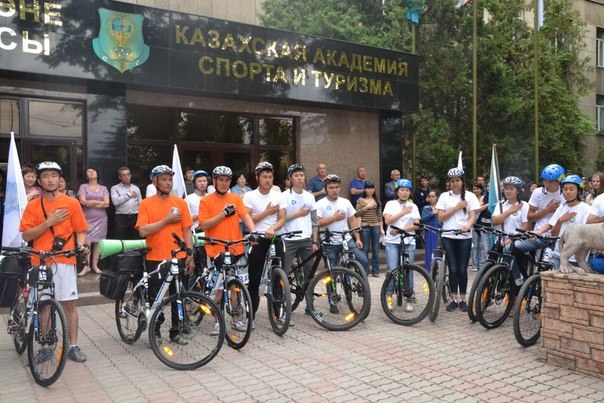 The KVN team “Nomads” for this academic year achieved success, both in the Russian league and in the Kazakh “Zhaydarman”. In November 2014 in Astana our team won the National League of KVN and was awarded the Cup by the party of Nur Otan. In December they participated in the KVN special project “Best of the best”, which took place in the Kyrgyz Republic in Bishkek, where teams from Russia, Kazakhstan, Tajikistan and Kyrgyzstan participated, and our team took the 1-st place. In February 2015, they took part in the new season “Zhaydarman” “Mausymashar 2015” and passed the selection, then 1/8 finals, and got a ticket to the quarter finals. They also took part in the “22nd Regional Festival”, which took place in Pavlodar and reached the final.

The team of KVN “NOMADA” makes a great contribution in promoting the image of our academy. 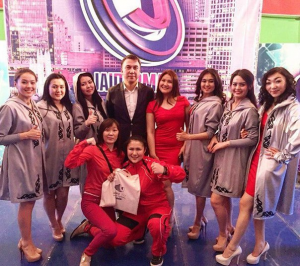 The dance group Allegro led by choreographer Kuketov Berik has performed more than 15 different dances and for the first time held a creative evening of the dance group at a high organizational level.The club performs at all events of the Academy, which encourages and encourages other students to actively and dynamically pursue students. Also participated in such city events as “Student Spring”, the 70th anniversary of KazAST, the Republican contest “IV HALLYU FESTIVAL IN KAZAHSTAN”, the celebration of “Nauryz”, in the Central Park of Culture and Rest a. Through the club all the activities that take place within our university are at a high level.

Head of the club of speakers, student FOS 3-1 Tastanova Aygerim participated in the city and Republican contest of readers and took the 1 st place.

Student FPSiE 4 courses Burkhanov Alisher participated in the city contest of military-patriotic songs, where he took the 1-st place, in the Republican contest “Men Zhastar Senamin!” In the nomination “Zamanaui әn” he also stood out and took 1st place, as well as in the city festival “Melody of Spring” in the category of Rap, he took 1-place. 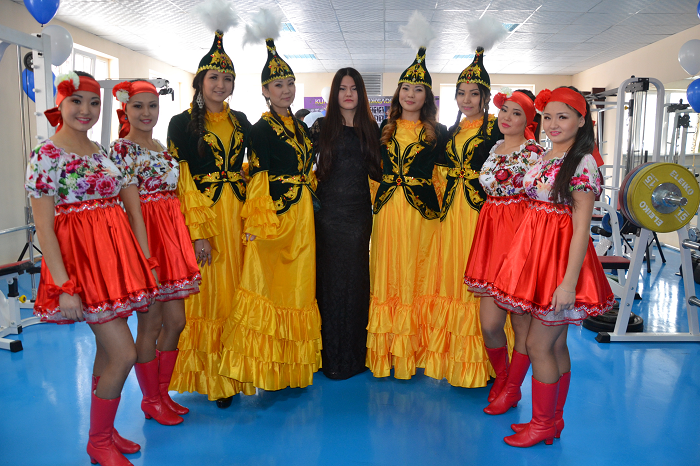 Burkhanov Alisher recorded a new song “Alash Arlandary” and shoots a video clip to which the academy has allocated funds and will soon be presenting a new video clip of our student, which will be covered in the media.

The photo and video editing club, in turn, develops the talents of students, teaching them the art of photo-video shooting and editing. The students of the circle take an active part in the consecration of the Academy’s activities. For high-quality training and conduct of the course, the Academy purchased all necessary equipment.

Student newspaper “Master of Sports” covers all events-academies, as well as all events, where students and representatives of KazAST participate. The newspaper and the website of the Academy regularly publish materials written by students and teachers of our university. Preparing materials for the newspaper, the students-authors learn how to correctly present and convey the idea, to write articles, to interview and to the art of communication and information.

The established clubs and their leaders raised the quality of the events held and stimulated the students to creativity.