On November 19, 2018, a discussion of the President’s Message to the People of Kazakhstan has been held at the Kazakh Academy of Sport and Tourism. It was attended by Serik Maratuly Zharasbayev, Chairman of the Committee on Sports and Physical Culture of the Republic of Kazakhstan, and Makhanbetiyarov Almas Meiramgazyuly, head of the mass sports department of the Almaty Department of Physical Culture and Sports. Also the leaders and students of KazAST participatedat this meeting. 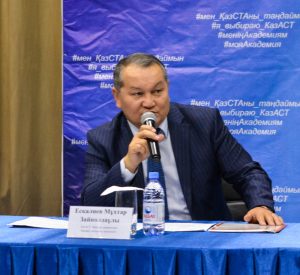 The meeting was opened by the first vice-rector of KazAST Mukhtar Yeskaliyev and gave the floor to the chairman of the Committee on Sports and Physical Culture of Kazakhstan Serik Maratuly Zharasbayev. 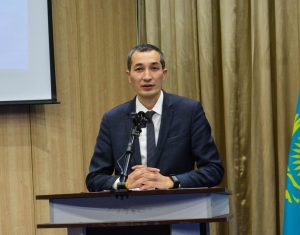 Serik Maratuly emphasized the relevance of the President’s Message and noted that “the health and lives of all citizens represent an important value in public policy”. In this direction, they planned to implement various activities at the head of the Minister of Culture and Sport of Kazakhstan Arystanbek Mukhamediuly, the speaker said.

During the meeting at the Academy of Sport and Tourism, the teaching staff and students asked questions not only on the discussion of the President’s Message, but also on changes to some of the rules of the Academy. For example, the head of the wrestling department, M.N. Shepetyuk, asked: “This year, a change was made in admission to universities and applicants who have achieved some success in professional sports could not enter the Academy. Will there be measures taken by the ministry?” 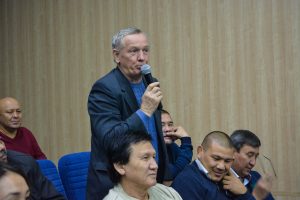 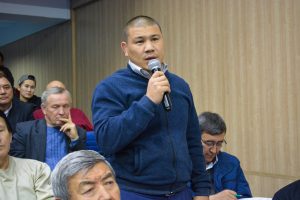 Serik Maratuly reported that this problem will necessarily be considered when an amendment to the Law is entered and this issue will be resolved with the participation of a deputy of the Parliament of Kazakhstan, the champion of the Olympics Serik Sapiyev.

Sеrik Maratuly emphasized that according to the program of the Head of the State Nursultan Nazarbayev “Ruhani Zhangiru” a lot has been done to develop national sports. More precisely, it was opened the “National Sports Center”, the “Uly Dala Ruhi” games were held. Teams from all four regions were involved in these games. Also a large project “Kazakhstan Barysy” is being successfully implemented. 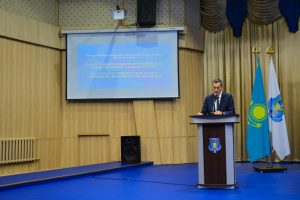 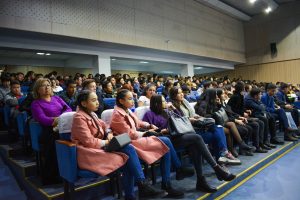 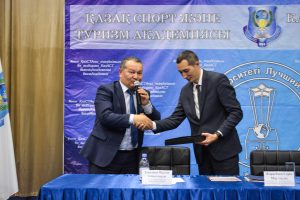 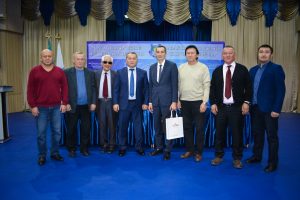 Festival “My Eternal Country – Kazakhstan!” And rewarding the winners of “The Best Year – 2017”